It really isn't a trick, but she surprised me a few nights ago by appearing in the rocking chair. 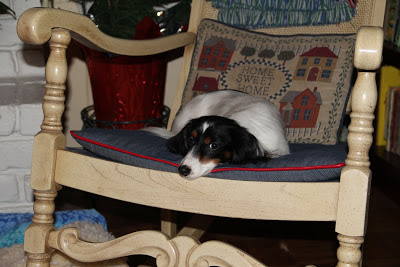 I did not put her up there, so I was puzzled as to how she got up there.  She is not a jumper; I have to pick her up and put her on the sofa.  I thought that maybe she was using the scroll bar across the bottom as a step.  But a night or two later I caught her in the act.  She went to the side of the chair and jumped up at the back where the seat is tipped back and a little lower.  I'm still not sure why she started doing this or why she can jump into the chair but not on the sofa!  It has become a favorite napping spot for her!
﻿ 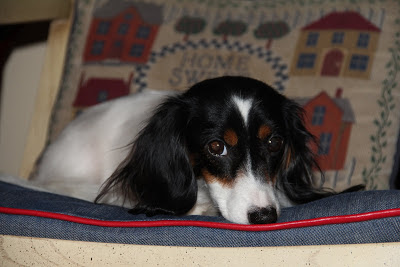 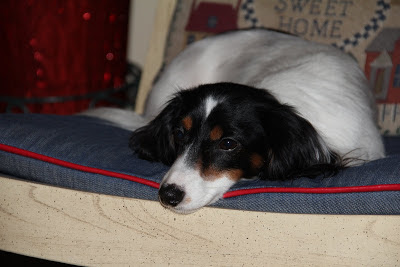 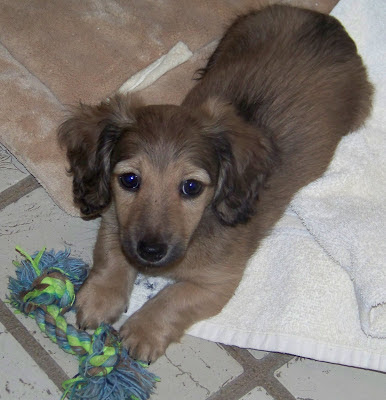 First of all, yesterday was (I think) Bentley's Gotcha Day!  We've been together 2 years, yippee, BOL!  He was such a cute little warm, brown, fuzzy puppy!  He's a little crazy now, but that's just his zany personality, too!

Tonight he did the cutest thing.  I was getting ready to leave for choir practice and had already put up the moveable gate in the kitchen and called to them.  Bentley was running to the kitchen when he just spun around and ran back to the sofa.  In a second or two he reappeared, dragging his beloved Foxie.  He was just like a little kid running back for his security blanket; he has never done that before.  He just loves his Foxie!  (I have some cute pics of him and Foxie but can't get then to upload, so they will be for anothr post!) 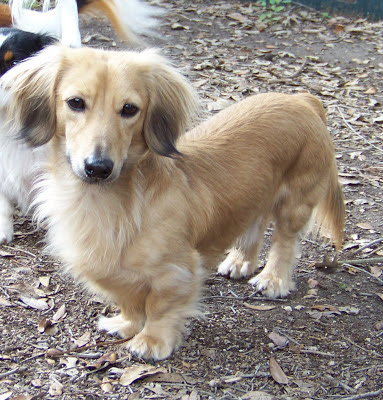 Did you see this?

Jack in the Box Commercials with dachshunds

(Not sure if I need a disclaimer, but this is for fun and laughs only and is not an endorsement or advertisement.)
Posted by Beth at 3:54 PM 1 comment: