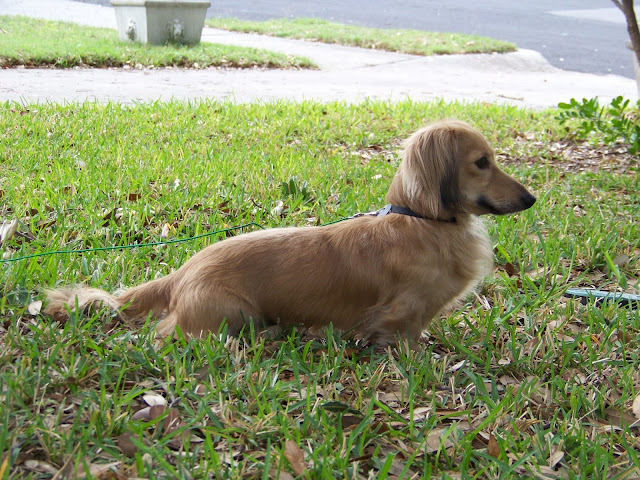 The second night of obedience/CGC training Bentley had an unpleasant encounter with one of the large dogs.  This dog had been jumping up and down and generally out of control the first night of class; he definitely needed the training.  At the beginning of the second class we were next to him and his handler.  As the class was starting there was a little episode of growling and the other dog and Bentley jumped at each other.  I pulled Bentley away and we continued.  At that point I should have moved away from the other dog because a few minutes later the skirmish started. 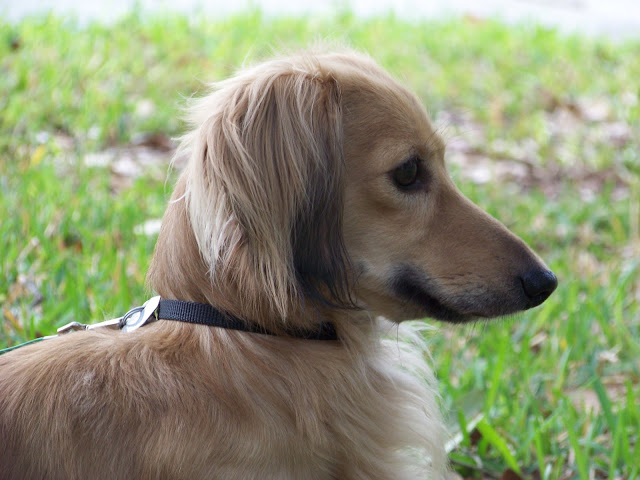 I'm not sure who growled first and what really happened.  I just know this big dog was coming after Bentley!  I tried to pull him away, not realizing that the other handler did not have control of her dog.  Our trainer, who knows us from stewards and shows, was yelling "pick him up, pick him up" but I was not about to put my hand down between the two dogs.  And, I didn't want to pick him up and then have the big dog jump onto me either.  I don't think the trainer wanted to, either, because he grabbed Bentley's leash close to his neck and picked him up...by the leash.  I grabbed the dangling Bentley and the other handler got her dog away.

Just to note, the trainer apologized profusely for doing that but I am eternally grateful.  It was the only way to get Bentley out of the dog's reach.  I did have to get a mop because poor Bentley went tee-tee all over the place.  The other handler and the dog disappeared and when they returned the dog was wearing a slip collar.

Bentley was shaky the rest of the class; can't say that I was exactly calm and collected either.  The next week the other dog didn't come and I was worried that they had dropped out.  I felt like that dog was one that really needed the training and hoped that they would return.  They did and the last two classes he has done great, even around Bentley.  Of course, I've kept a closer eye on Bentley to make sure that he didn't instigate something.

As we were leaving this training class the big dog's handler and I stopped to chat.  She shared with me that she and some of the others thought that her dog wanted to chase Bentley because...he looks like a squirrel!  I had to laugh!  He is small, low to the ground with a semi bushy tail that wags.  And he is the same color as a squirrel.  Easy to get confused if you are a big, active dog with a fondness for chasing squirrels! 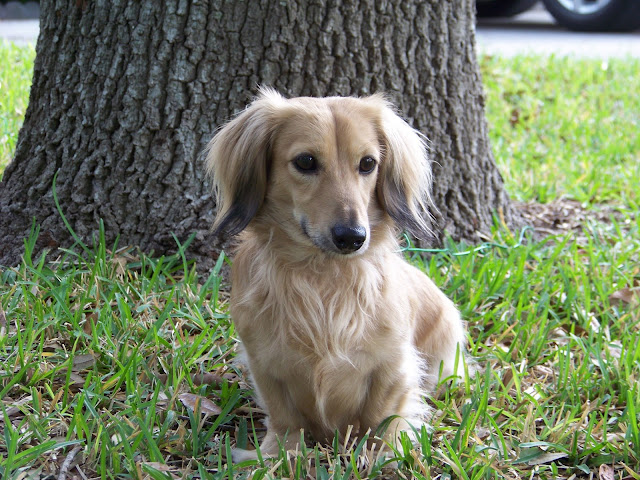