The shy, quiet one

Just because I didn't post for a while doesn't mean we didn't have any excitement around our house - it is non-stop and if you have dogs then you know what I mean! 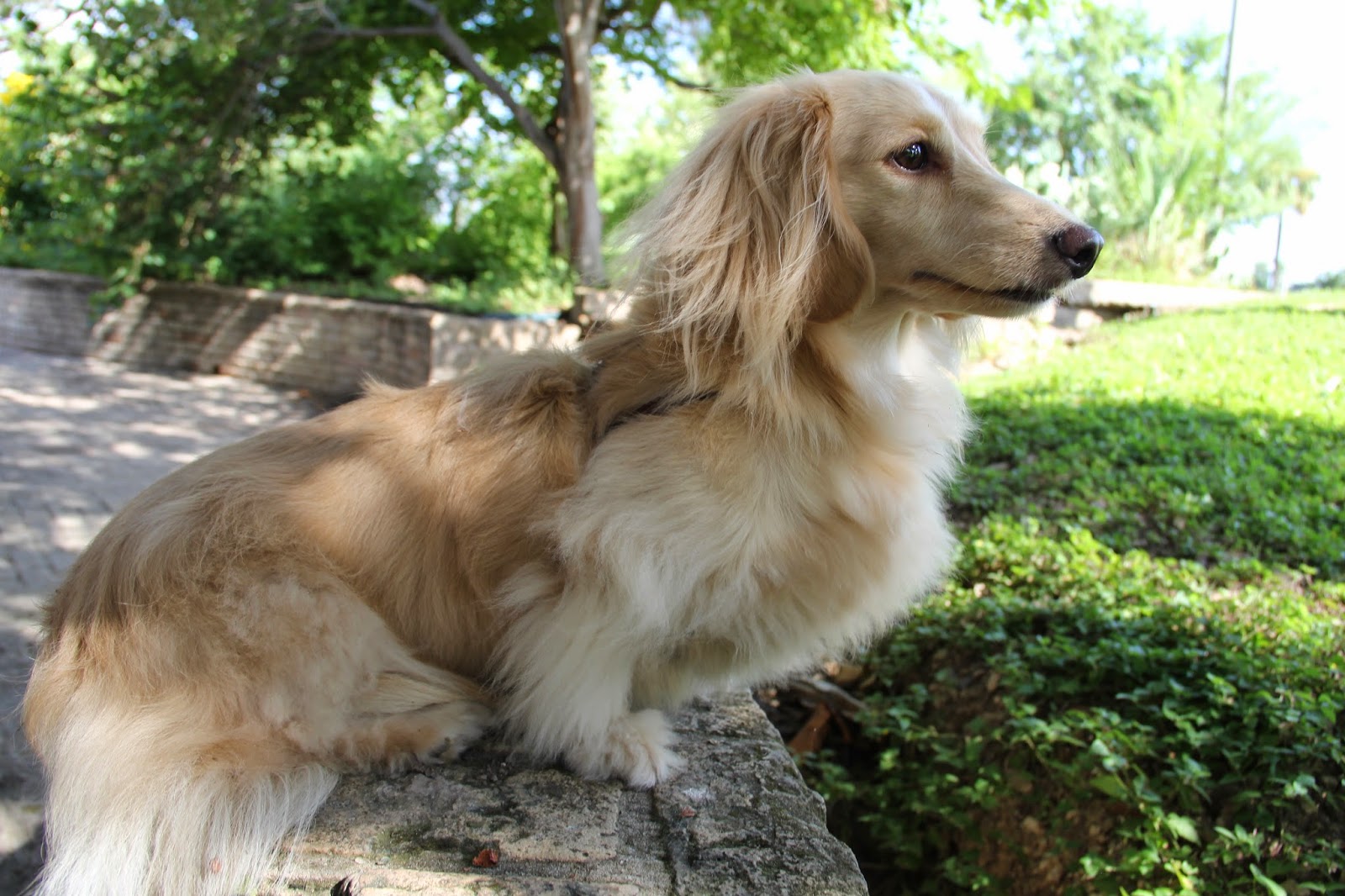 Just like with children, it is the shy, quiet one that you have to watch.  In this case, it is Baylee that I'm learning to watch very carefully.  She is exquisitely beautiful, but a little naughty and has a few little surprising characteristics. Here are a few of her little escapades:

First, remember her little encounter with Shadow when there was some bloodshed? (Read that story here) Well, we had a repeat of that several weeks ago.  I was in the back of the house and heard the yipping start and I knew they had a cat cornered.  As I moved down the hall I heard the cat screaming and hurried to find and rescue the cat.  When I got into the kitchen all I saw was poor Shadow on her back, writhing around and screaming for her life.  Baylee had her by the neck and was not letting go.  I clapped my hands and made enough distraction that Baylee let go and Shadow headed to my bedroom and safety under the bed (the dogs haven't figured out that they could go under the bed, strange).  When I pulled her out a few minutes later she was okay and there was no blood this time, only a very wet neck.  Poor cat, but I'm glad I was there to rescue her.

The next excitement came one afternoon as I was preparing to take them to the "resort" to board.  The boys were still outside, so I decided to get the girls hitched up first.  I snapped Blossom's collar on and reached for Baylee's harness and then Bam! Baylee and Blossom were in a huge girl-dog-fight.  It was serious and I realized that I had nothing to put between them and was afraid that by the time I could get to the broom and get back it might be too late.  I stamped my foot and yelled at them and they broke up.  Goodness, gracious, Baylee what got into you...and about that time she went after Blossom again.  This time she had raised the red flag and wasn't backing off, she was fierce and almost crazy.  She had grabbed Blossom's ear and was shaking her and dragging her across the floor.  Blossom was helpless and unable to defend herself since her head was immobilized.  This time I figured that neither of them could bite me, so I grabbed Blossom's hind quarters and lifted her up while pushing Baylee away.  It worked and this time I kept Blossom in my arms.  Poor little thing, her heart was just pounding.  Her Mama gave her lots of cuddling and reassurance!  I let the boys in the house and then put her down, not sure what Baylee would do.  I think Baylee was really sorry because she very gently nuzzled Blossom as if to give a doggie apology! 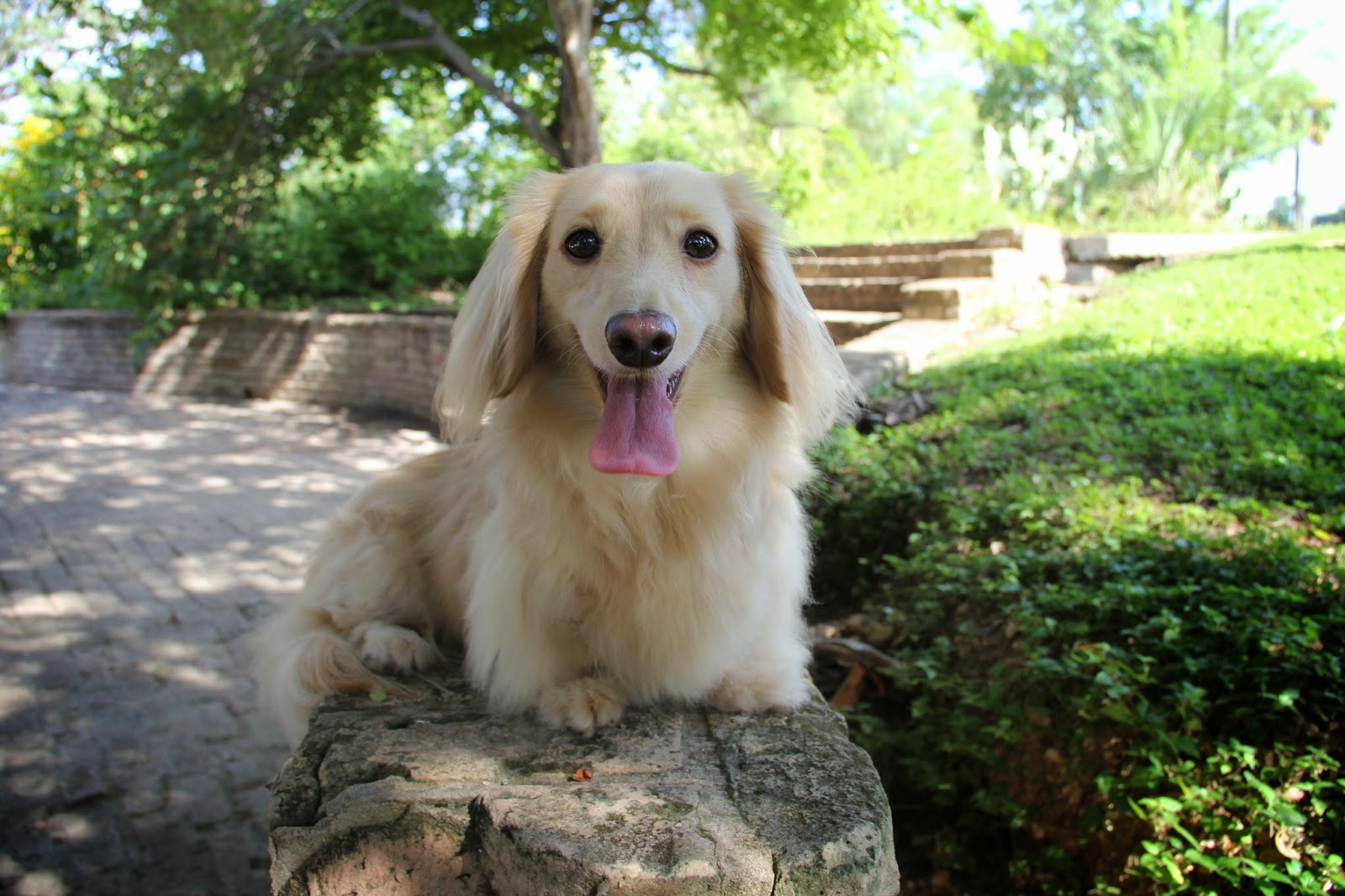 Baylee also had a night adventure one night.  It was around 9 p.m. and I put the dogs out for a potty break.  When I let them back in there were only 3 dogs, no Baylee.  Sometimes one of them gets delayed in the yard, so I wasn't too worried.  When she didn't come up to the door I started checking the yard with a flashlight.  But no Baylee.  Where could she be?  Then I remembered to check the "escape hatch" on the fence where they had gotten into the neighbor's yard before (I really need to fix this, I know!).  Sure enough, she had gone visiting!  Since I had already taken a bath and had my pajamas and robe on and because I knew that my neighbor's hubby works until late at night and she might not answer the door I decided to just see if Baylee would come back under on her own rather than going next door to retrieve her. Several minutes later she did appear at the door as if nothing had ever happened.  Silly dog!

The latest escapade was just flat gross and disgusting.  I will not detail any of it except to say that I didn't notice when she brought a squirrel into the house and proceeded to start eating it in the living room.  I was pre-occupied with a little project and just didn't notice what was going on until it was already going.  So now I'm doing a mouth check at the door!  And, yes she did have serious gastrointestinal issues for quite a while.  Based on her fierceness with Shadow and Blossom I have no doubt that she had killed the squirrel, probably after it fell into the yard.  UGH!

So, that concludes the recent excitement caused by the shy, quiet one.  Don't let those sweet brown eyes fool you, this little girl's a lively one and has a few surprise characteristics!