We've been to several dog shows during the month of July.  Bentley did okay on some days and not so okay on others.  I'm changing my tactics and starting over with training, but more on that in another post.  While Bentley's skill in the ring is lacking he has made up for it in other ways.  One of them is a skill that he displayed while I was dropping off the other dogs to board while we went to Dallas.

As usual, I had all dogs in a harness and attached to the Pet Walker leash with all four dogs on one leash.  The girls had already been taken to the check in station and I was filling out papers when the kennel tech came to get Sawyer.  When I reached down to hand him over I realized that he was already off the leash because Bentley had chewed through both his leash and Sawyer's!  In less than 2 minutes time!  Such skill and talent! 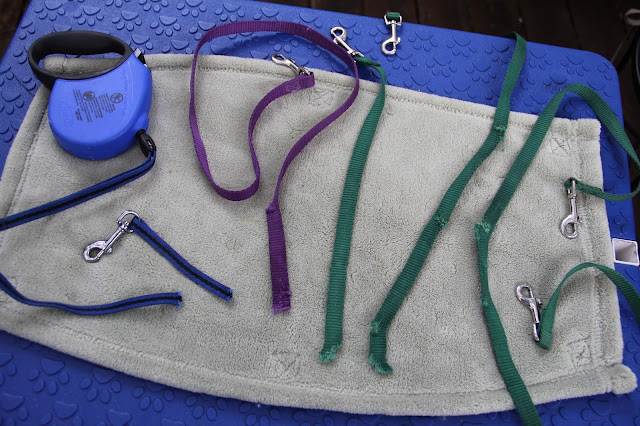 The scenario repeated itself when I dropped them off to board while we went to Houston.  This time I was short 2 leashes so I had Bentley on the retractable and Blossom on her individual leash.  Blossom and Sawyer were taken first.  When they came back for Baylee I found that Bentley had chewed through the retractable leash and was working on Baylee's leash!  So he has ruined 5 leashes, including the retractable leash I had planned to use to walk him while in Houston.  Grrr! 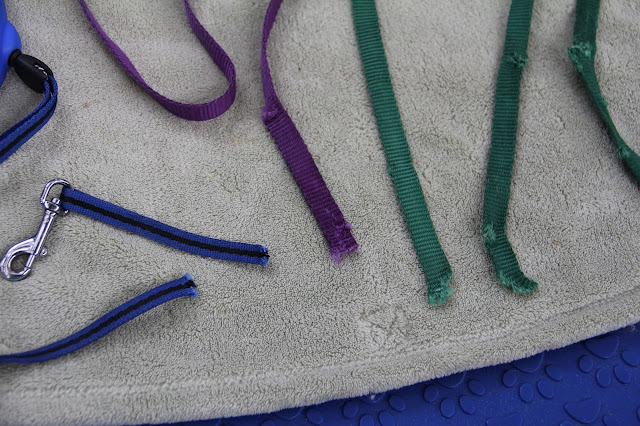 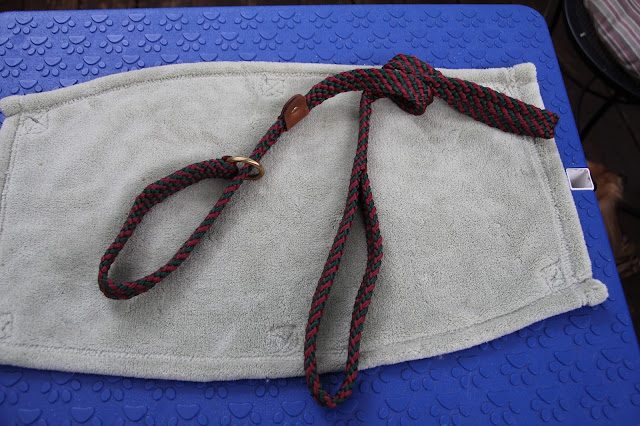 So while we were browsing through all the many vendors at the show I decided to pick up several over the head leads to use when just walking them a short distance.  They are not as secure as a harness and leash, but Mr. Super Chewer will have a harder time chewing his way through these.  Or, at least I hope that will be the case.  We'll see.