In the last two weeks we've had two outings with Jelly so we can get acquainted.  After today's outing she even stayed here for a little while.  Although there was a lot of barking from my four, it went fairly well.  This group is a pack and view other dogs as intruders, so their behavior was to be expected.  With some talking (it's okay, be nice, make friends) and a lot of "Stop Barking!" while she was here we got acquainted.  Jelly is so sweet and easy going and she was a little intimidated by these little short guys!  But we gave her lots of love and reassurance while they were together.  I think in time they will all settle in nicely as friends.

Saturday before last Sawyer and I headed over to Stephanie's house.  We met up with her and Jelly (Jaydon was out of town) and went to a nearby park to walk the trails.  We are very fortunate because San Antonio has many parks and trails that go everywhere in those parks and sometimes even between; I think it is almost possible to walk from one side of town to the other!  We are looking forward to exploring many of them soon. 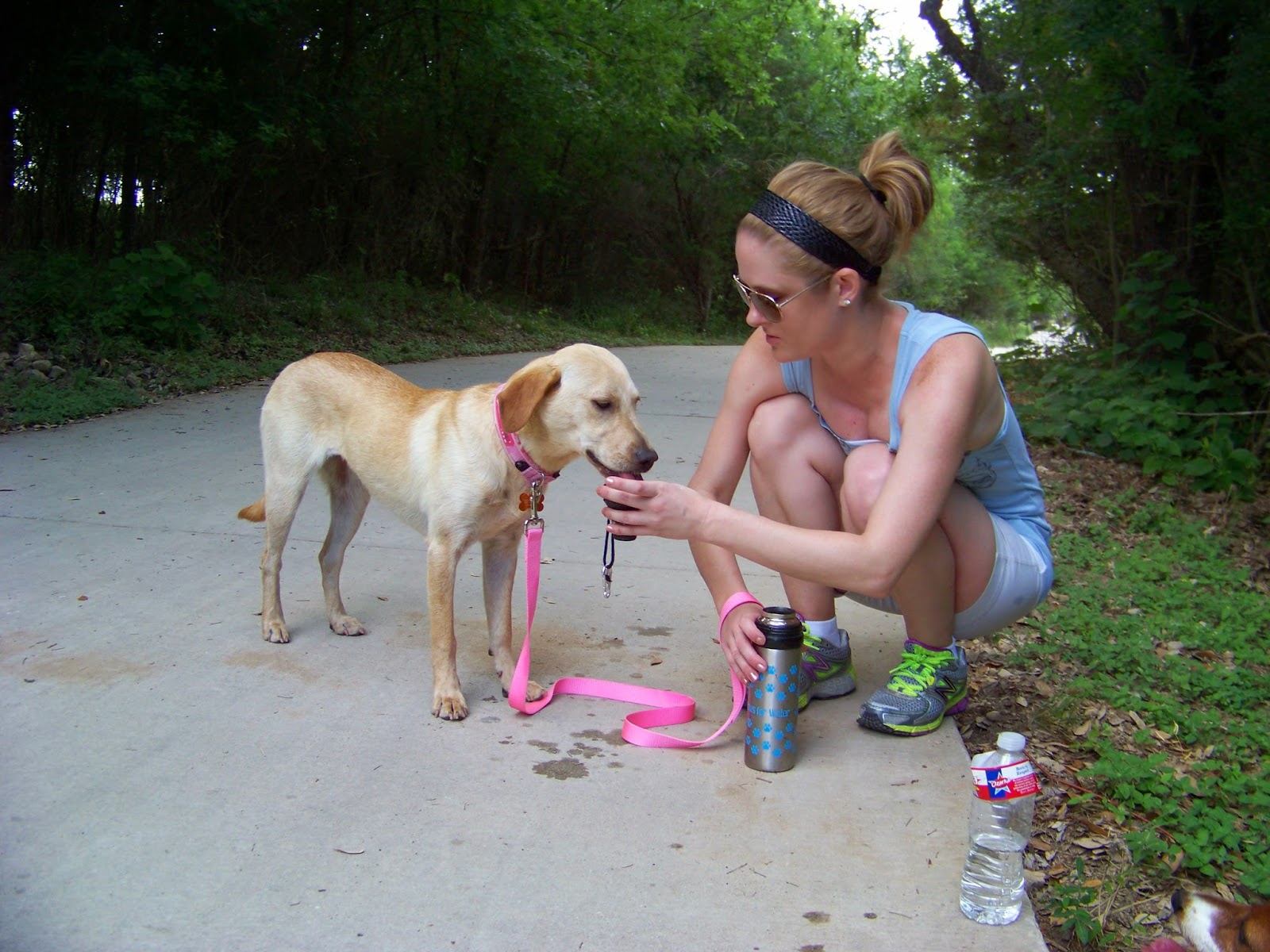 We tried to get Jelly to drink out of the "Paws for Water" bottle, but she preferred to just drink from water poured into the cap!  We had a great walk and the two dogs got along well. 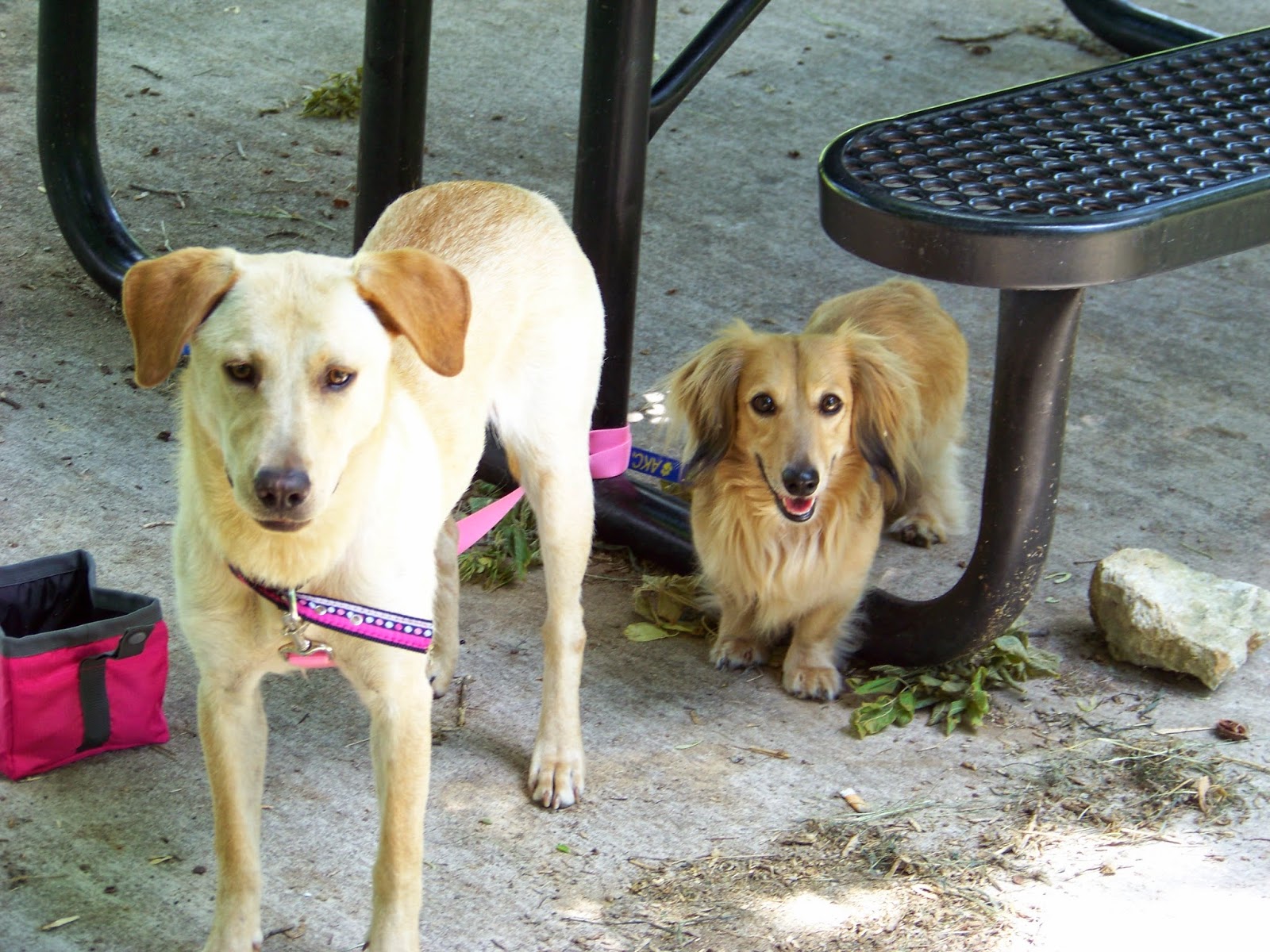 Today we headed up to Blanco to the Lavender Festival.  Bentley and Jelly did real well together as we walked around (it was a great festival!).  Bentley is skiddish of other dogs; he's been jumped on a few times at dog shows and once at a training class.  Since Jelly is so calm that helped him not to be afraid of her.  Here they are with their leashes attached to the picnic bench where we ate lunch.  See the little pink square thing?  That is a collapsible water bowl that Stephanie brought along.  It worked great, although Jelly did step on it and there went the water! 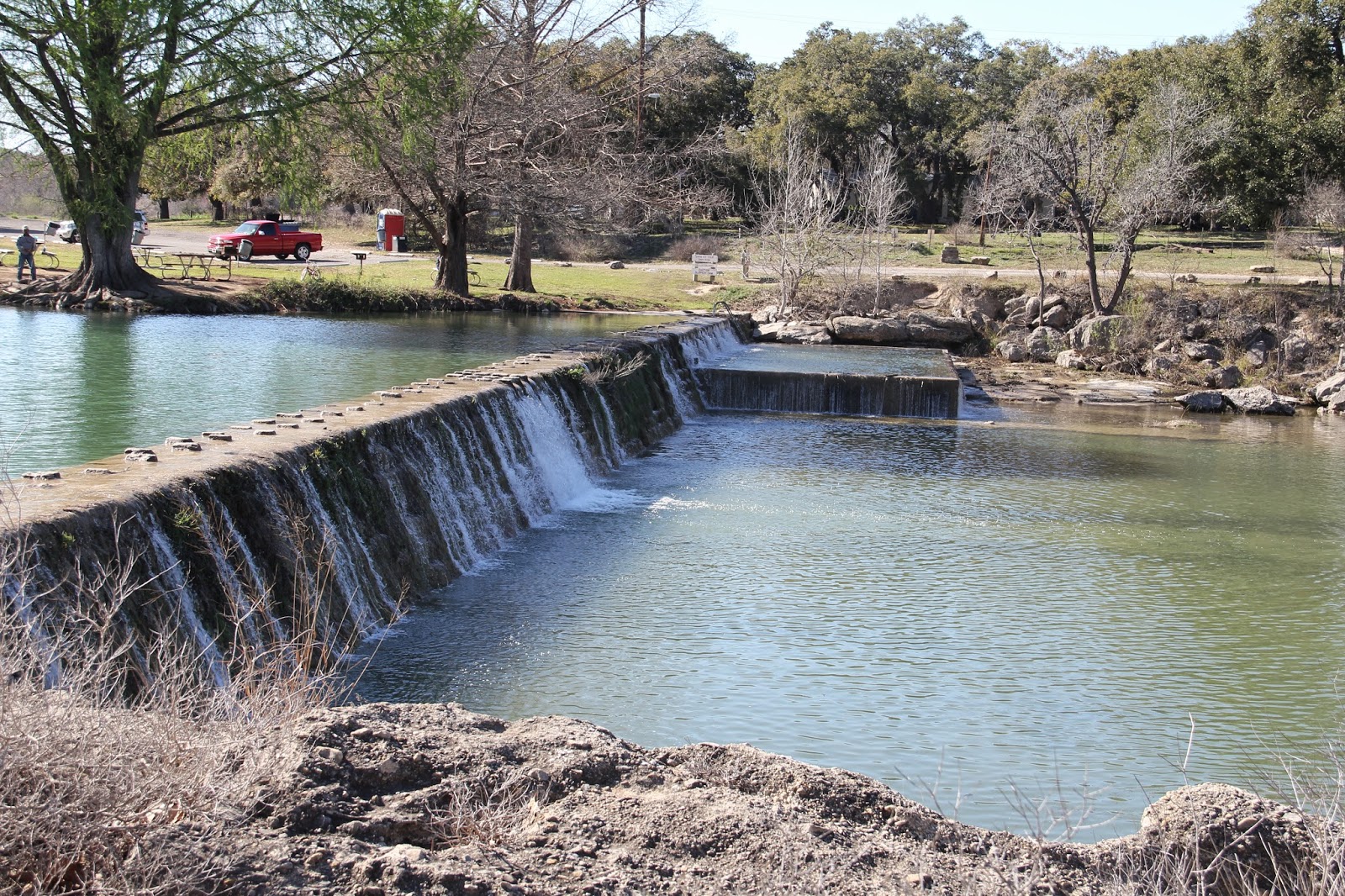 Afterward we stopped at Blanco State Park where there is a small damn on the Blanco River and an area for swimming.  Stephanie wanted to see what Jelly would do around water.  As it was there were a lot of people swimming and picnicking so it was not only populated but noisy.  She was very timid about it, but I think if they go back at a quieter time that she will be a typical Lab and head into the water with a little encouragement! (Just to note, the above picture was not made today.  Today we were across the river, on the other side by the concrete enclosure.  This is the same dam that I walked Sawyer across on a camping trip and thought I would never get across alive!).