La -de-da-di-de says Bentley.  He's just not into this training stuff at all.  Sometimes he looks at me with those sweet brown eyes and I know that he is thinking, "let's just forget this stuff, Mom, and go play".  Sometimes he just ignores me, too.  But I feel like we are making some progress, and I know that eventually it will click and he'll sit when told and go down, too.  It just takes time, especially with the independent thinking dachshund! Bentley knew a lot of things already, but needs to learn to follow commands unquestioningly. Dogs need to be trained!

On Monday night I took him to walk the trails at our favorite park, and to slip in some sly training, too.  While he practiced his stays I made a few pictures. 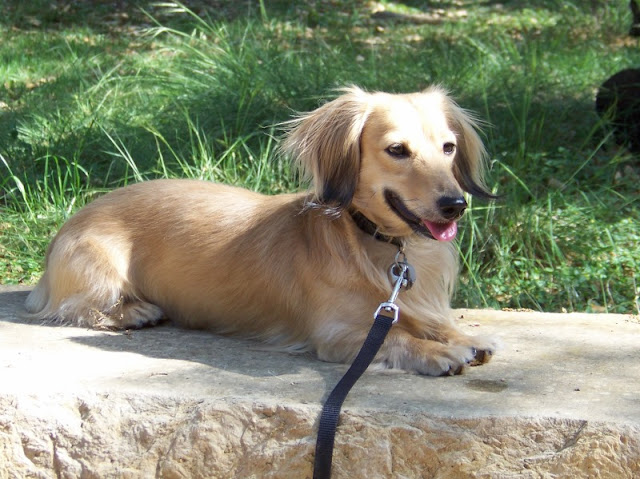 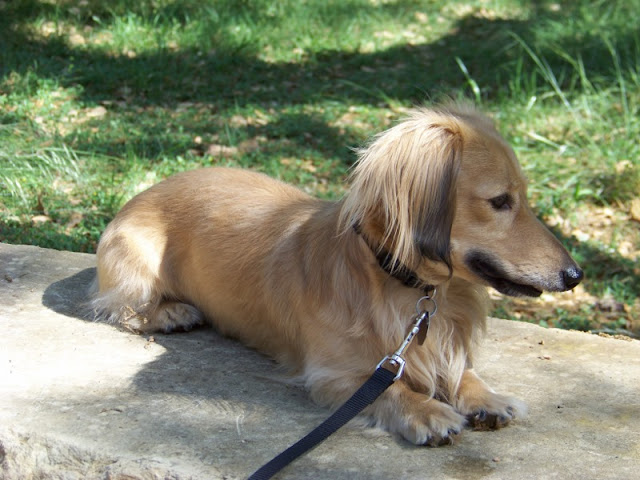 Besides getting in a little training in a different place I also wanted to give him an opportunity to be around strange people and other dogs.  We had a scary incident at training week before last that left him petrified of the other dogs (I'll save that for another post).  The park was a good choice since we could safely pass other dogs on the trails.  I didn't even waste time on the dog park because we've been there before and he is totally uninterested.
﻿
Posted by Beth at 10:30 PM